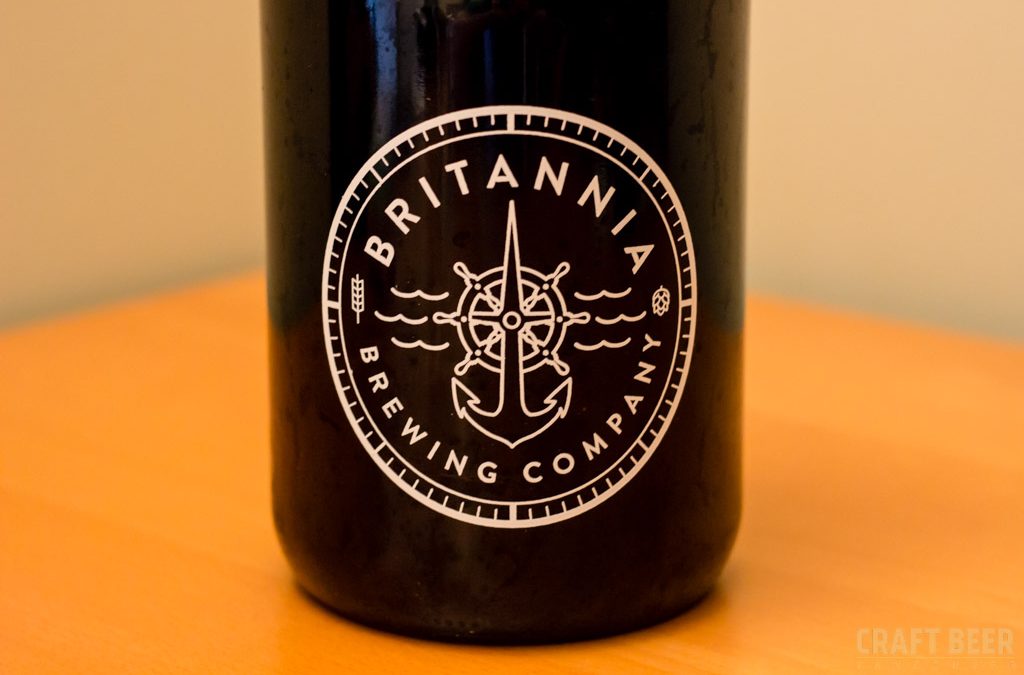 One of the breweries that opened in Metro Vancouver last year was Britannia Brewing in Steveston.  The brewery is currently producing beer for their Steveston restaurant where you can get your hands on their Ashore Rye Porter.  You need to try this beer.

Britannia Brewing is still finding their feet and getting some licensing issues sorted for the production brewery off Steveston Way (near Fuggles and Warlock Craftworks).  In spite of this a visit to their restaurant across the street from Steveston Wharf is a fitting substitute to visiting the brewery itself.  At the restaurant you can treat yourself a flight or pint of some of their ales that were developed by co-owner Trystam and head brewer Mike, a recent graduate from the KPU Brewing program.

The brewery will be on my brewery map soon but in the meantime a visit wouldn’t go amiss especially if you’re in the neighbourhood.  But this post is about the Ashore Rye Porter, so let’s get to that.

Which brings us to the question: why am I recommending you try this beer?

There are a couple of reasons but the main one is that it’s delicious.  The rye gives a nice spicy aroma to the beer that mingles so well with those toast and roasted malt tones.  Let this beer warm up a bit to get some more caramel and luscious malt flavours out of it too.

The Ashore Rye Porter will surprise most of us because unlike many other BC porters this one is brown and nearly translucent:  held up to the light you can almost – but not quite – see through it.   You know me, I’m all about unusual takes on a style but this one threw me for a loop because it’s in many ways closer to a traditional English Porter than you might expect on your first impression.  I guess I’m just so accustomed now to porters being black as the night.

In the glass the beer looks like a Newcastle Brown Ale but that’s where the similarity ends.  A few subtle hints of caramel or toffee might get you thinking of other brown ales though.  But it’s the inclusion of Rye in particular, not to mention the balancing act played by the hops, that makes this a crisp and dry porter that is immensely drinkable.  I can see myself enjoying the Ashore Rye Porter on a balmy summer’s afternoon on the patio as much as under a blanket trying to escape the late winter chills.

Britannia Brewing may be a bit out of the way for some but it’s absolutely worth the drive.  Even if you’re not interested in darker beers you need to give this one a go.